Travelling the World Solo Just One Step at a Time

It’s that time of year again!  Spring is here…..or at least it’s in the air, and I have my first road trip of the season under my belt.  I know there will be many more to come before the snow flies again.

I will be writing a series of articles over the next several weeks wherein I will be exploring all that Ontario has to offer.  These articles will include:

Naturally, I will start with my first road trip of the season, but first let me tell you a little bit about my beloved Province of Ontario.

Canada consists of 10 Provinces and 3 Territories, and stretches from the Atlantic Ocean  in the east, to the Pacific Ocean in the west, and the Artic Ocean in the north, with Ontario having the second largest land mass. Ontario also boasts having the largest population, with a population of 14.32 million people representing approximately 40 percent of Canada’s population.  The largest population resides in Ontario’s capital and the Country’s unofficial financial capital, of Toronto.   The next most highly populated areas are Canada’s capital city of Ottawa, and the Niagara Region.  Ontario has an extremely diverse population and is known worldwide for its friendly and polite people.  You will get tired of hearing “thank you”.

Four of the five Great Lakes are located throughout Ontario, which provide many beaches and water sports for the beach lover.  In addition to our world class beaches, Ontario is also known for its many parks and forests, with Algonquin Park located in Northern Ontario being the most notable park.

For the avid hiker, Ontario offers the Bruce Trail, which stretches over 890 km. (550 miles) from the Niagara River to Tobermory, as well as many more smaller trails throughout the Province.  And not to disappoint the wine lover, the Niagara Region offers over 88 vineyards, most of which offer tours and tastings at their facilities.  Not that I have to mention it, but the two main tourist attractions in Ontario is the 553.3 meter high (1,815.30 feet), located in Toronto and the Horseshoe Falls, located in Niagara Falls.

I do recommend visiting Ontario between May and September when the temperatures can reach as high as 35 degrees Celsius (95 degrees Fahrenheit).  If you are a winter lover and not afraid of a “little” cold, then the winter months will be for you, when temperatures can reach as low as – 30 degrees Celsius (-22 Fahrenheit).  Yes, it does get cold, but we do not live in igloos as many people believe lol.

Now that you know a little bit about the Province of Ontario, are you ready to hit the road for the first road trip of the year?

Anyone who knows me, knows how much I love a road trip!  I find, road trips so relaxing and provides me with ample time to reflect and plan my life and my next adventures. Most importantly, it provides me with the opportunity to escape the hustle and bustle of the city and see the world’s surrounding beauty.  I am definitely not a city girl at heart.

I chose to explore this road trip as my first road trip of the season, so that I could visit my brother who lives in Owen Sound.  Owen Sound is located in the snowbelt, making it nearly impossible to make this trip during the winter months.  In fact, it is not uncommon for the highways leading into Owen Sound to be closed completely between November and March.

This particular road trip is perfect for those who do not like driving on the major highways.  The landscape is made up of rolling hills, farmland and rivers.  There are very few towns that you pass through, but those towns that you do go through are perfect for taking a break and exploring.

Let’s hit the road!  But not without first grabbing my Timmie’s, being the true Canadian that I am.

The first town you come to is Elora.  Elora is situated along the banks of the Grand River and the Irvine River, and is well known for its 19th century limestone architecture and the infamous Elora Gorge, making it the perfect place to stop to stretch your legs and explore its natural beauty.

To learn more about this fantastic little town, be sure to watch for my article, Discover Tourist Towns Ontario.

The rest of the journey took me through small towns and hamlets, such as Durham, Mt. Forest, Minto and Palmerston.  Some of these villages are so small that they don’t even have population signs.  If the need to stretch your legs arises before reaching Owen Sound, then Durham is the place to do this.  It also has a Tim Horton’s to replenish your coffee.

Owen Sound is located in the northern area of southwestern Ontario at the mouth of the Pottawatomi River and the Sydenham River, on an inlet along the shores of Georgian Bay.  Owen Sound is the largest city in this area of Ontario, and you are now in cottage country, and in very close proximity to many Beach Towns Ontario and Tourist Towns Ontario.

When visiting and exploring Owen Sound, be sure to take a stroll along the harbour.  If  visiting in the winter or spring, you may even see the Chi-Cheemaun (meaning “big canoe”), which is stored in the Owen Sound harbour during the winter months, before making its way back up to Tobermory for the summer.

Owen Sound is also known for its many waterfalls, so make sure to save enough time to chase at least one of them (which I unfortunately did not on this trip).  If you plan on exploring the waterfalls and trails in Owen Sound, make sure you bring hiking boots or closed toe shoes, as the Georgian Bay area is known to be home to the Massasauga Rattler. Ontario’s only venomous snake.  A siting of one of these beauties is extremely rare, as they prefer to remain hidden and will only strike if they feel threatened.

After spending 5 ½ hours on the road and visiting with my brother, it’s time to head back home.  Of course I couldn’t pass by Elora without making one more stop.  I love this little town!

Thank you for coming along on this road trip with me and I hope that you will have the opportunity to explore this one on your own at some point in time.  I am always searching for different road trips to explore Ontario, so if you have a favorite road trip in Ontario, let me know! 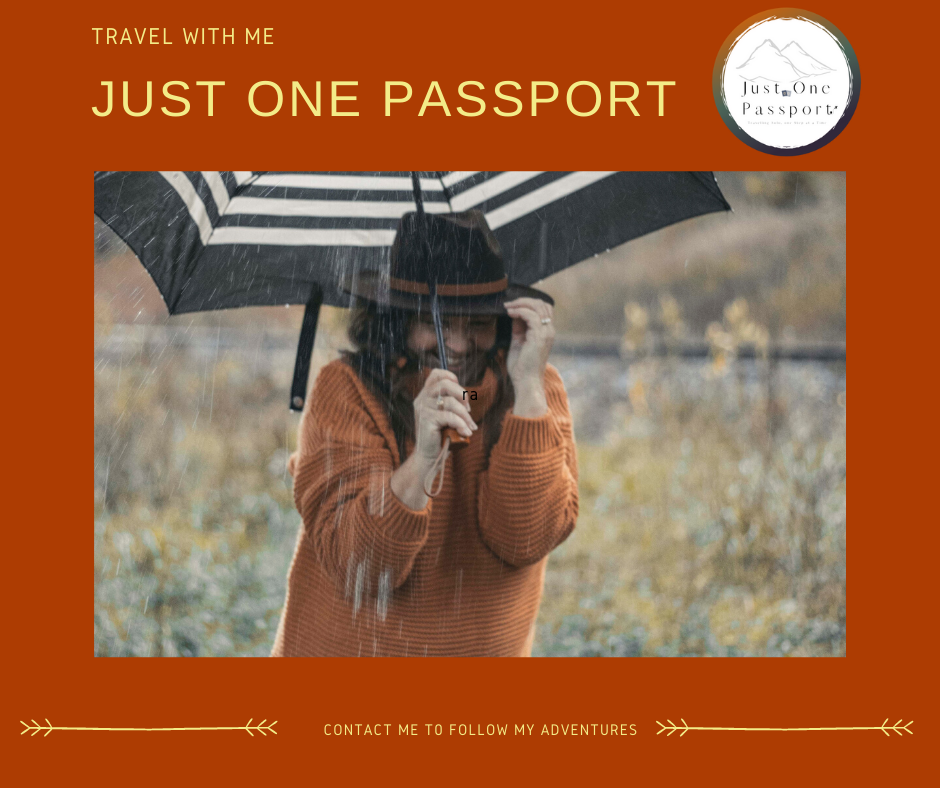